@jamie, we need a button next Like, for Laughing or LMAO

This family of librarians will spread that one, @marksierra!!

@jamie, we need a button next Like, for Laughing or LMAO

This family of librarians will spread that one, @marksierra!!

As will this once upon a time geologist!

I had to think about this for a second 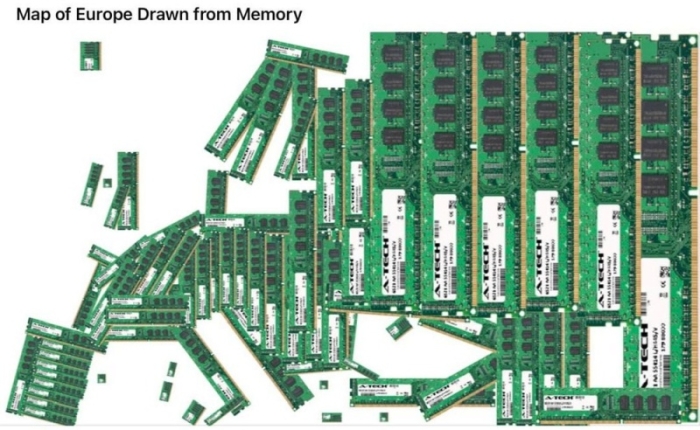 Note the blank stare.  You get that from looking at a small screen for too long. 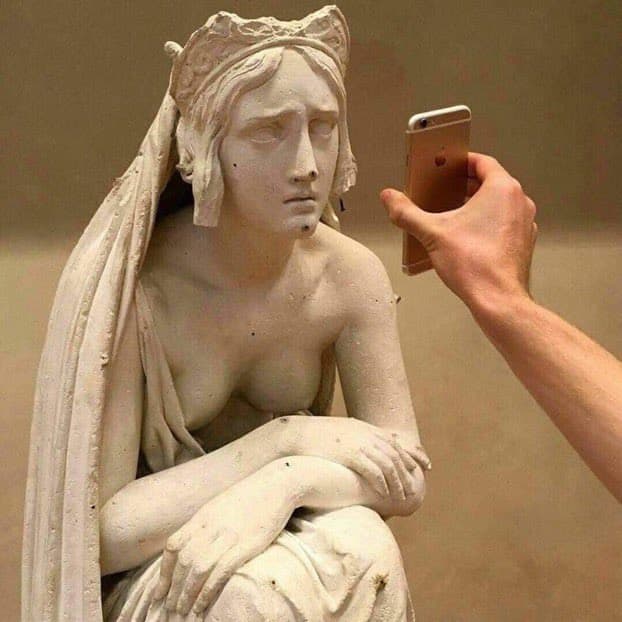 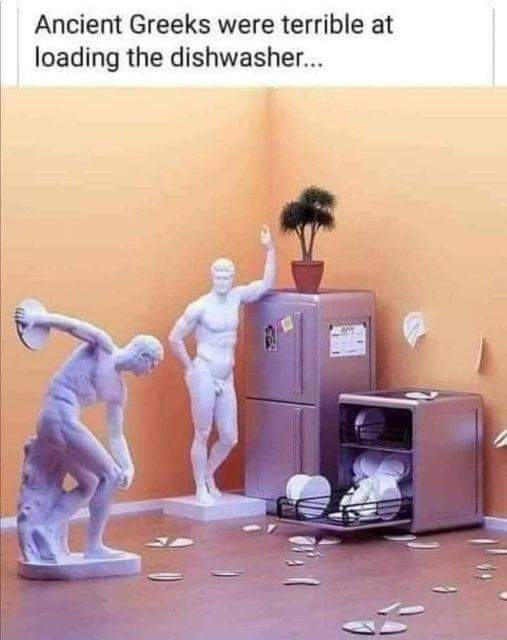 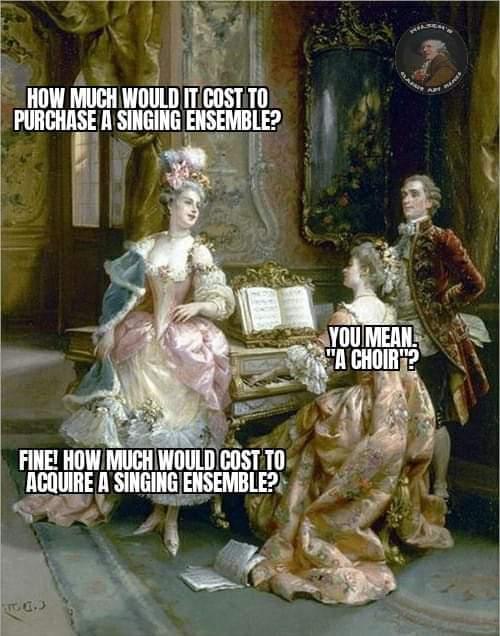 Re Ancient Greeks:  well, yeah, but think of all that good luck!!

Re Ancient Greeks:  well, yeah, but think of all that good luck!!

I tried donating (read: off-loading) some old plates to a local Greek restaurant some time ago.  They wouldn't take them!  They said they couldn't use 'normal' plates, because the glazing on them made the resultant shards dangerous.

Care to add some more? 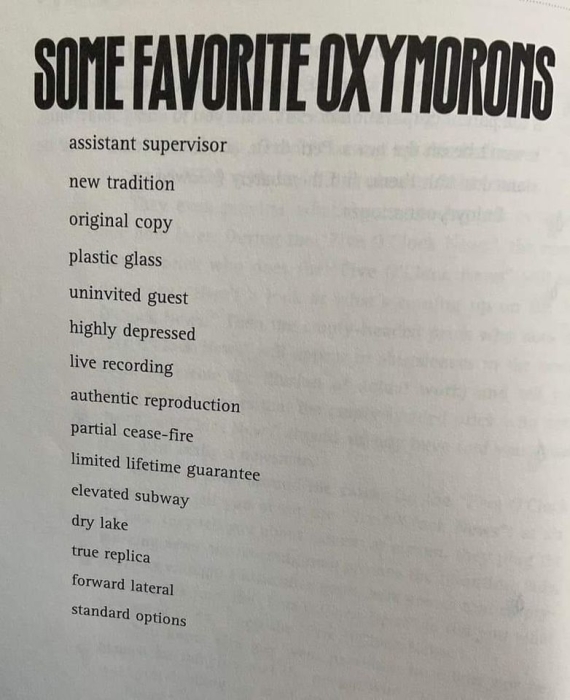 After a couple of frames, you forget he's a cartoon duck...

(I have the same reaction to Bluey!) 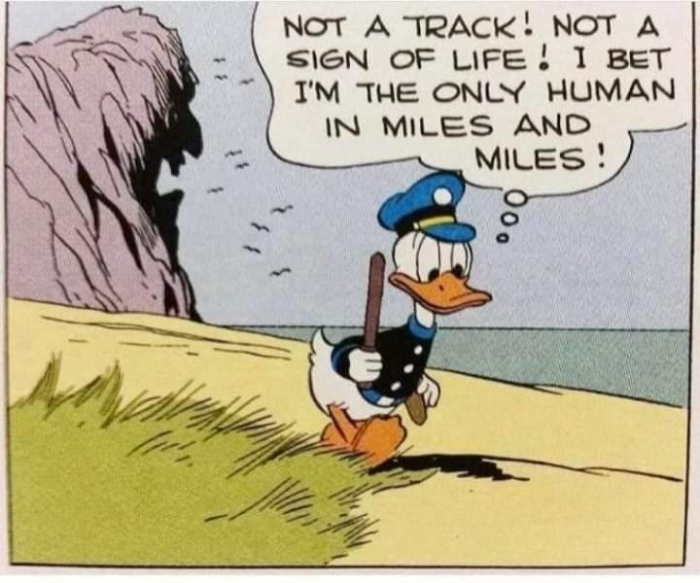 There's been a mix-up in the hospital

(Alternative caption: When you pick up the wrong child from after-school care...) 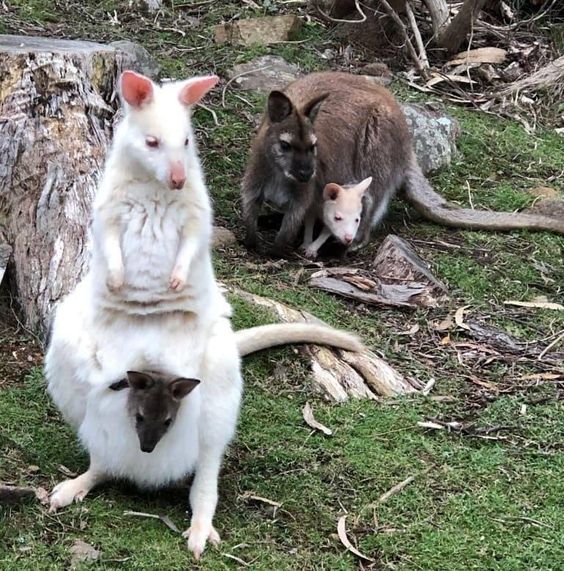 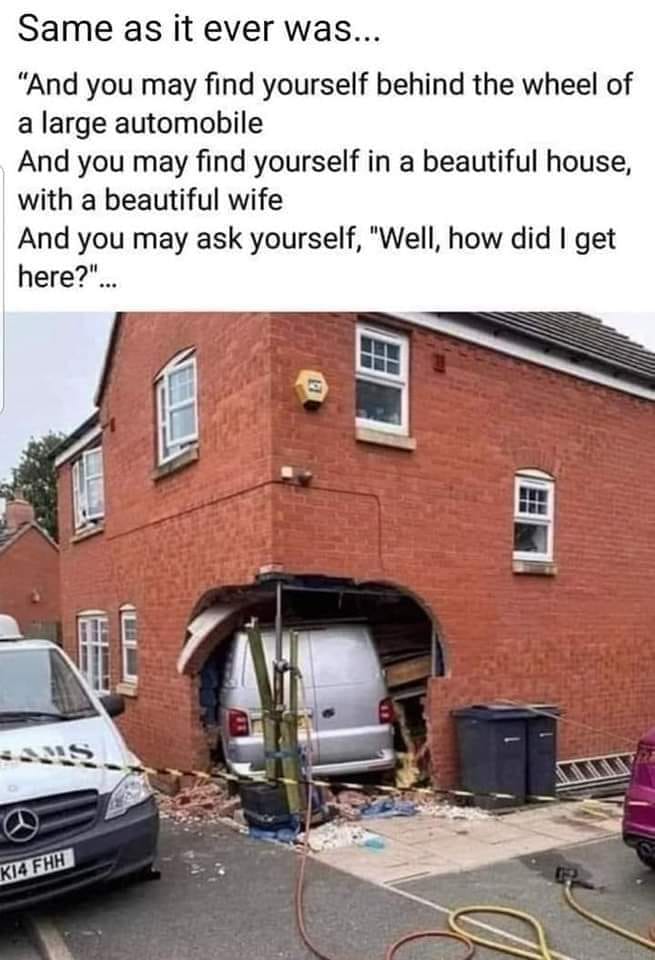 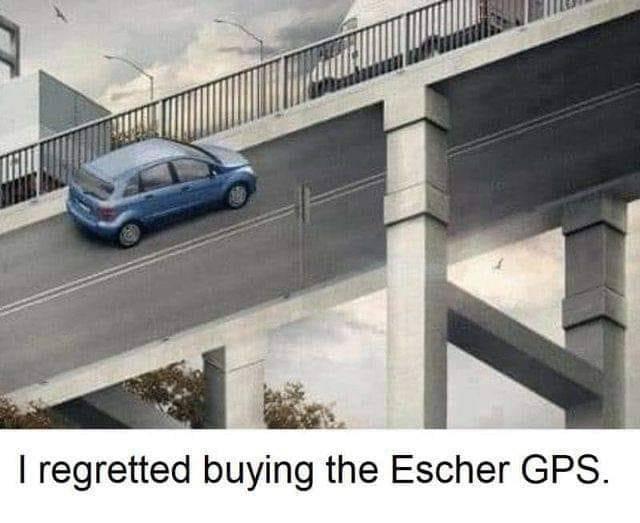 New artwork at the Hobart (Tasmania) Museum of Old and New Art (aka MONA).

The piece is simply titled: 'Cat cleaning itself on $350K Porsche.' 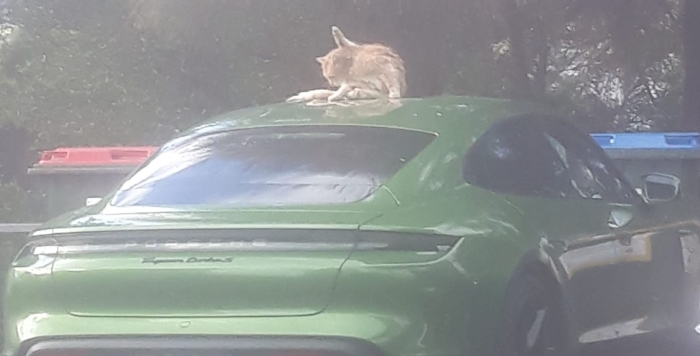 I was watching a show for about 10 minutes and this lady was listing all these great things to do for fun.

Then I realised that I was on one of the religious channels, and she was reading a list of sins.

Just so you know what you're actually getting 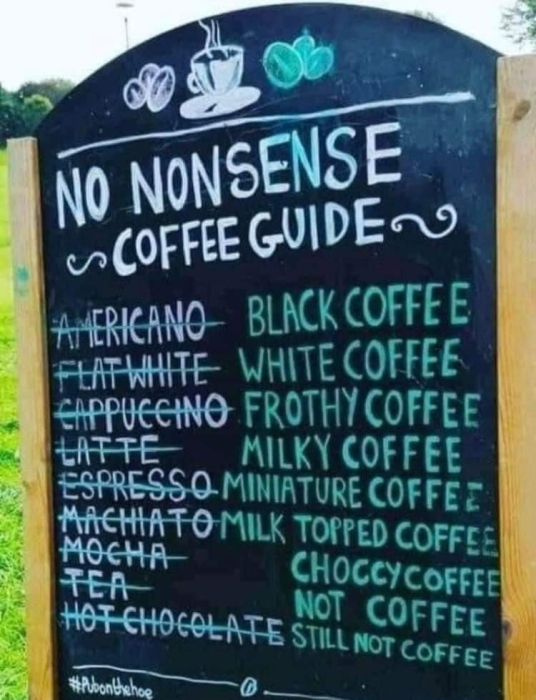 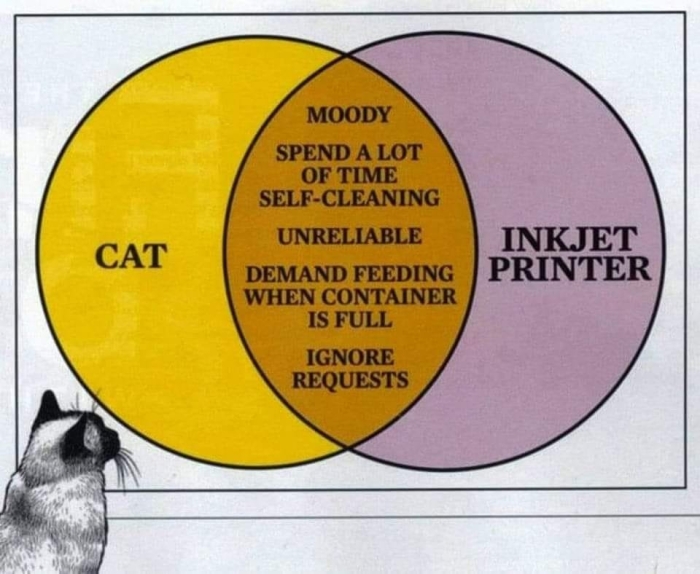 I'm not entirely convinced of the accuracy of the numbers.

It would need to be an extremely, very large horse.  Ditto the people although, admittedly, there are four of them. 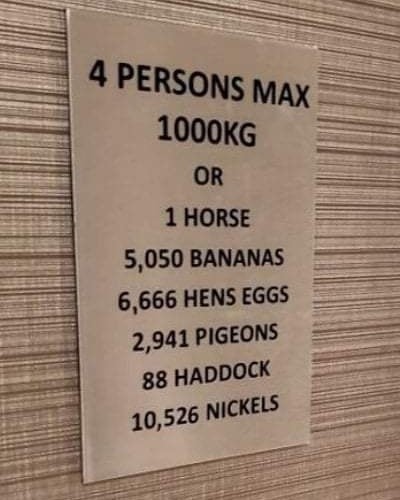 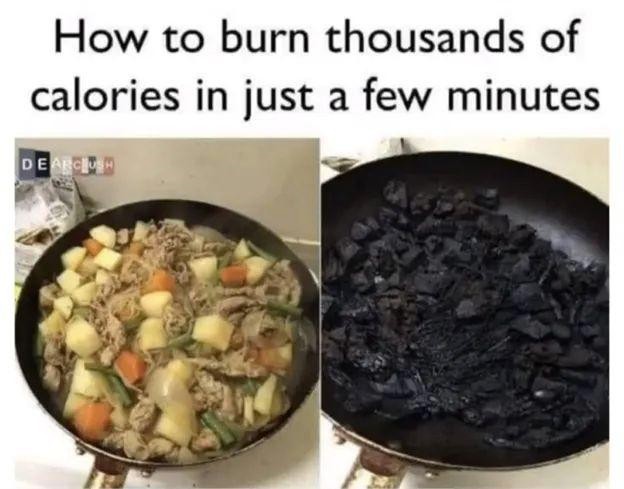 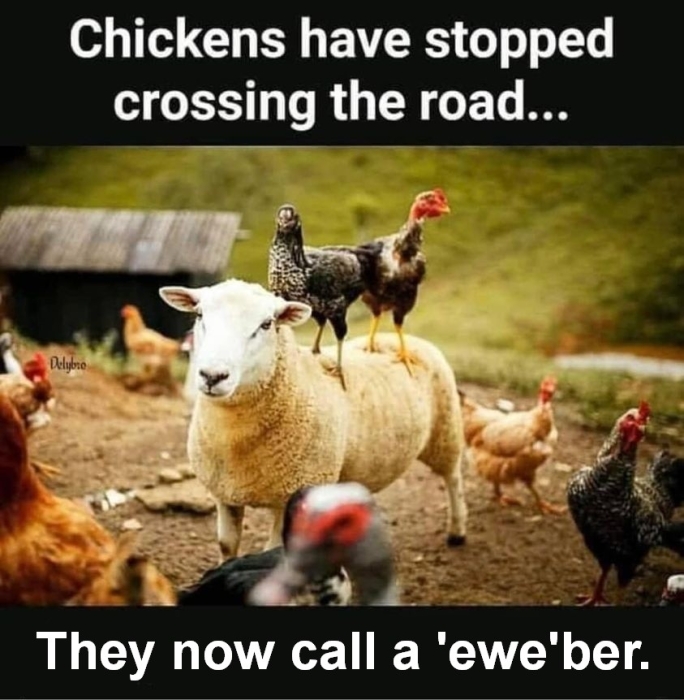 I found a recipe from Morocco for homemade dinner rolls.

It called for fresh thyme, but mine was well-beyond it's 'best-before' date.

I used it anyway.

You know, thinking back on it, I really liked that old thyme Moroccan roll. 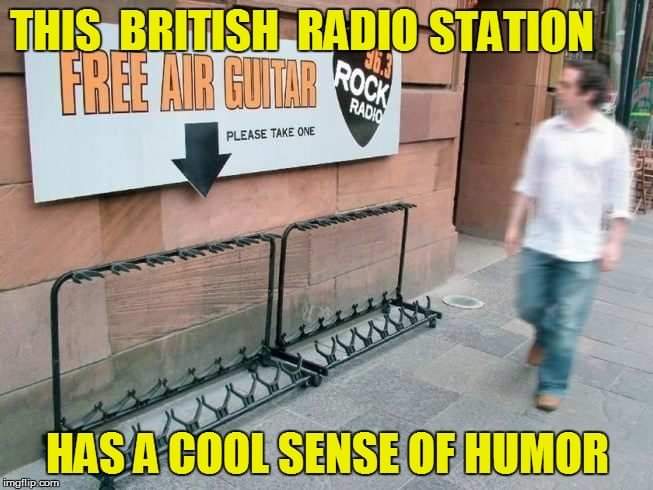 Joanne passed this on to me ... it makes perfect sense.

(I could say it's all Greek to me, but that would be milking it somewhat.)

A friend of mine made his fortune selling fridges ...

There are 2 kinds of people in the world:

When you look at an online list, you have to trust the opinion of the person who curated it.

Some of these have been around for a while …

"Electricity originates inside clouds.
There, it forms into lightning, which is attracted to the Earth by golfers.
After entering the ground, the electricity hardens into coal, which, when dug up by power companies and burned in big ovens called "generators", turns back into electricity, where it is transformed by TV sets into commercials for beer, which passes through the consumers and back into the ground, thus completing what is known as a 'circuit'"
- Dave Barry 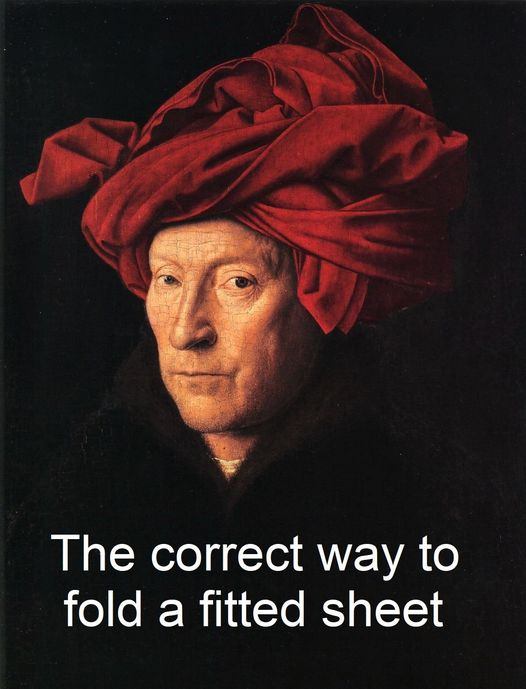