SCOTUS and the beginning of the end of democracy???

The right winger reactionary majority of scotus seems to have a noticeably split personality.

When it comes to a woman's right to choose, they are states rights advocates just like in the days up to the early 70's but not when it concerns gun regulations. Here, they supposedly support the second amendment meaning states have no  rights of control.

Some of you may be too young to remember the issues from the past around some of the points I'm making.

It seems as if they want us to go back to those nefarious days of "states rights" which is of course the maga agenda:

We had widespread institutionalized racism, widespread racially segregated schools, racial,ethnic,religious sexual quotas for institutions of higher learning, and most businesses.

And "redlining" -there were many towns that totally excluded minorities of all types, or only allowed them to purchase homes or rent in specific areas as was Maplewood!.

Only white protestants were allowed to be members of numerous places, organizations like The Maplewood Country Club.

The section of Maplewood east of Prospect Street was know as the Jewish ghetto and there were few African-Americans or Latinos if any in the town.

In the spring of 1964, a few friends and I went to visit two neighborhood friends who were attending the NY State University in New Paltz, NY.(Ulster County), about 70 miles north of the NJ/NY state border.The school had numerous "minority" students attending who were residents of NYC.

We passed a motel near the campus which had a prominent sign displayed:

Sometime in the late 50's, my mom took my brother and to visit Washington D.C. during Easter recess.

I saw things that I had NEVER experienced growing up in NYC: separate black/white entrances to the train station, a "whites only" sign on the motel we stayed in, as well as on taxicabs and businesses of all types.

It was the SCOTUS supported "states rights" concept which allowed this.

And it was not just in the totally segregated former confederate states that it was this way!

In 1965 as I and dozens of other guys from the NY/NJ/PA area disembarked in Fort Jackson, Columbia South Carolina from a long troop train, we were greeted by our redneck drill Sargent: " all you spics, ****, Jews wops and guineas from up north-you're in MY south now. When you go off base, remember that EVERYTHING IS SEGREGATED off base.

When I was returning home on leave, upon exiting the Army bus, we were separated by race to enter the Columbia , SC airport. The facility was of course totally segregated.(The flight back to  NYC was not)

In those days, states rights, as is touted by our last "president" and too many of his tens of millions  as well as a disturbingly large amount of current republicans in office,meant segregation  "poll taxes" to prevent African Americans from from voting, especially in the south and other means of keeping the power in the south and other states white.

Is this the "great America" these maga folks and Scotus want?

They have aired re-runs instead of the January 6 hearings.

Some may say that "ignorance is bliss" but in these times, ignorance and believing drumpf and the lies spread by fox are so dangerous to our form of government.

And as someone replied about the electoral college AND the fact that each state has two senators-The folks in small states  with tiny populations like the Dakotas, Nebraska, et al have more political power than many hundreds of towns and cities in the more populated states.

Whenever I see people talking about the "end of democracy" I get an urge to bring up the fact that a nation with an Electoral College has never seen the beginning of democracy.  Two of the four presidents to serve in this century were selected after receiving fewer votes than their opponent (both from the same party, as it happens).  A person from Wyoming has 60 times more voting power in the US Senate than a person from California. So forth and so on.  America is not now and has never been a democracy.

If, however, you are using the term "Democracy" as shorthand for  our way of life, then yes.  It is all over.  The US is a failed state.  The best we can do is salvage what we can from the ashes in the dumpster. 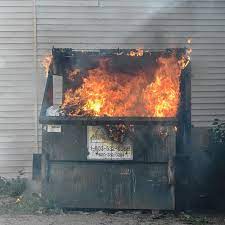 Maybe one of the successor states will be an actual, functioning democracy. 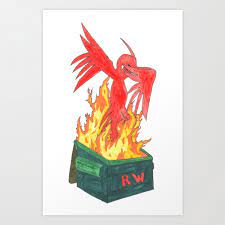 Is this the "great America" these maga folks and Scotus want?

to answer your question - yup